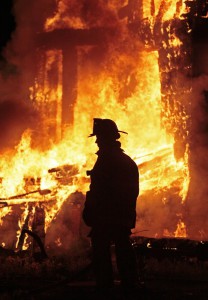 History of Firefighters and Strong Laces. Firefighting has a colorful history dating back to the ancient days of Rome. A group of firefighters were called a brigade in 115 BC.  Emperor-formed brigades known as the “Vigils” in 6 AD.  Romans established a fire department of 7000 men in 1500 AD. The only tools they had were bells to warn and a call for help. Simple buckets were passed by hand and axes cleared the way.

How did these ancient firefighters protect their bodies? Firefighters faced many injuries in those times. Today’s firefighters work in heat, flames, ashes and embers. Fortunately we understand the rigors and challenges of todays firefighters and most in modern parts of the worlds have protection from head to toe. Regular laces are often not enough. Ironlace supports firemen and women with laces that work! Could you survive?

London’s Great Fire of 1666 saw volunteer fire fighters and insurance companies form. These paved the way for the system we know now in North America. In 1865 the municipalities and government forces were able to establish paid fire departments.

Todays modern buildings require sprinkler systems and smoke alarms to help save lives. In those early days, the only tool they had was was a fire bell and a bucket required for every home.

Here’s a shout out to our brave men and women in the history of firefighters and strong laces . Thank you! We’re proud to take care of the lace portion of your safety gear. Ironlace guaranteed for life!